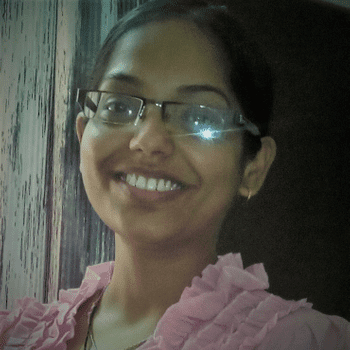 Currently pursuing a PGDM focused in finance from Xavier Institute of Management, Jabalpur. I am skilled in  Financial Statements Analysis, Financial Reporting. I am also an enthusiastic writer on topics of Finance, Economics and its behavioral aspects. I have written articles for Blogsites and pages in the recent past.

Do you have questions for Sukriti Nair?

Log in to ask Sukriti Nair questions publicly or anonymously.

As said by Steve Jobs, “Innovation distinguishes between a leader and a follower” and it seems right when I think it for India as well.

India has been in the forefront of innovations right from the era of Aryabhata and Charka. As a country it has always been proud of its intellectuals, in almost all field of development. It was a very developed and rich economy, even-though hidden from the world. The brains here had the potential to make India’s economy stand out on its own. Only in the era of colonization, did it loose a track of such developments, when innovation & advancement were oppressed by the British Raj, to have an upper hand on India. This was one of their tools to keep the economic situation in their hands.

Now may I ask you, why innovation & technological advancement is so important for any country’s development?

Well, the answer lies in the fact that only innovation and improvement are solutions to even the simplest of challenges. The better the capability to find solutions in this ever-changing world, the better prepared a country is and lesser is the effect of any crisis.

Luckily, soon after Independence the Indian leaders realized this, and wanted to establish a technological backdrop in the Indian education system, to pace up India in the global race of development. With the establishment of IITs, ISRO, etc. they wanted to bridge academia and industrial insight with developmental needs of the country. Even today India spends about 0.6% of its GDP on R&D.

Talking about the present situation of India, it now stands globally third in attracting technology related investments. It is among the top five nations in field of space exploration and generates a lot of revenue by lending its space facilities to other nations of the world. The Government is extensively promoting research hubs and Tech business incubators, to promote inventive ideas and helping become commercial ventures. India was also the world’s third largest technology start-up hub with incorporation of 1,000 new companies in 2017, as per the governments database. In the recent past there has been considerable investment by GOI, in different sectors such as agriculture, healthcare, space research, nuclear power and scientific research to make these sectors self-reliant.

This has led to many MNCs establishing R&D centers in India. Even government has come up with a number of initiatives to support technological advancement through PPP (Public Private partnership) funds and other support. Some key players in economic development through innovation have been, GOI (directly and indirectly) and private giants like TCS, Biocon, Mahindra, Infosys, Rel-Jio and others. They have with their advanced business models attracted humongous global investment and backed the Indian Economy, even in times of the unprecedented COVID-19 crisis.

In times like now when everything is uncertain the only thing a country can think of is finding answers to newly emerged problems and looking for innovations with reduced quicker obsolescence. But, how can this be achieved by India? How can we leverage technology & innovation for economic stability & development? Answer to this question is by-

But, all this is easier said than done. There are many lacuna, right from infrastructural lags to societal divide. The reasons are diverse and cannot be solved as quickly as needed, but this does not mean growth cannot be achieved. If small and correct streamlined efforts are made at all levels of economy, we can easily implement anything in India. The best examples are financial inclusion, digitalization, and the Aadhar database. Even though they still lack a lot, still, they are the world’s largest successful IT projects.

Since India now already has developed a much-needed back-end of data, using it for a better adoption of tech compliant systems and processes shall not remain an issue. This is a major reason companies like Facebook, Google and even NPOs like the Gates foundation still find immense potential in India’s economy. Thus, we can say that if technology becomes the growth driver of Indian economy, it will definitely grow multi-fold. At this time, when Indian economy is looking inwards, technology, and innovation can make it withstand outside rivals. It definitely can be called the adrenaline to Indian Economy.

Liked by Neelendra Nath and 6 others