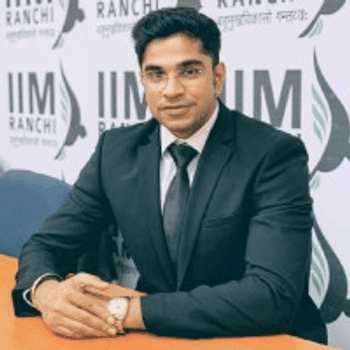 Mr. Ayush Goswami, is the Associate Executive Officer of Phoenix Global, an Ed-Tech revolution that has been making an impact on transforming Indian Education.

He is pursuing an MBA from IIM Ranchi. He has previously served in the Executive Board of Phoenix Global before assuming Chief Administrative Office in June 2020.

Do you have questions for Ayush Goswami?

Log in to ask Ayush Goswami questions publicly or anonymously.

Indian Economy: Golden Bird or not?

India, the largest democracy of the world attained independence on the 15th of August 1947. The founding fathers and key decision-makers were in a dilemma to decide the path of a country in malaise. This was due to the fact as most of the economic indicators were in the south. It was suffering from a huge cost on the economy due to British politics of partition

India had two options to go for first taking a socialist approach like Russia or opt for Capitalism of the Western World. Going for the socialist model would make the government the sole controlling authority of the economy and businesses. Though this helps in having better regulations and directions the country in the desired direction, But at times it leads to monopolies, less innovation, and the reins of government hampers the potential. The other side of the coin was capitalism which gives the power to industrialists to drive the growth potential. This can fuel the growth coupled with competition and innovation but it would lead to increased income disparity

The leaders took a balanced approach to improve economic and social conditions. The government allowed public and private entities participation. The state came along with people like JRD Tata and GD Birla to have control and mitigate the risks of capitalism. Also to implement control regulators were set up viz. CBFC, EEPC, FIEO, etc to check on companies. The Nehruvian view was that mass poverty alleviation could happen in state-controlled industrialization. Dams, Education Institutes(IIMs, IITs), 5year Plans, etc were planned to target individual sectors to gain traction.

As the growth engine of India starting generating thrust post-Independence. The period between 1960 to 1980 saw the sluggish growth owing to various reasons in tandem. The License Raj that was established for better regulation and control by the government started showcasing the massive drawbacks of it. As the licenses were issued by the government, issuance led to massive corruption which debilitated the economy. The licenses were issued to favored ones depleting the growth potential. Also, the monopoly and localization of technology were the cause of trouble This could be gauged by the fact that a scooter purchase would take 4 years after prepayment. Moreover, the India China war dented the economy. The next event was the national emergency which also affected the economy adversely.

The post-1980 period had some path-breaking steps. The establishment of MNC’s like Infosys and Rajiv Gandhi’s effort with Sam Pitroda enabled connectivity with telephones also setting Maruti Udhyod Limited culminated in a growth environment.

Then comes the post LPG era in the 1990s which took out India from the balance of payment crisis. It abolished license raj and promoted setting up businesses in India. This along with the dot com boom made the GDP growth skyrocketed for India. India also became nuclear capable during this time.

In pre-COVID days the country was witnessing an economic slowdown because of slowing demand, rising NPAs, high unemployment levels, widening trade deficit, MSMEs distress, NBFC crisis, rising fuel prices. The government and RBI took steps for the revival of the economy by using both fiscal and monitory instruments. The multiple cuts of repo rate by RBI were to increase the money supply in the country which has the power to boost consumption. Also, the state announced various stimulus packages in different sectors such as agriculture, infrastructure, banking, etc to give a push in the economy intended to have a multiplier effect. The merging of PSU banks and state-owned insurance firms was taken to avoid unnecessary competition and maintain healthy books. The introduction of GST(2017) and restructuring of income tax slab(2020)  was a major tax reform to increase the tax net and the historical opening of 20 crore Jan Dhan accounts was a great step to include the mass population in the formal banking system.

Another major societal problem in India is of income disparity. Over the period it was witnessed that the richer got richer and poorer became poorer creating a divide in the country. The bottom of the pyramid people faces the resource crunch which acts as a double whammy i.e a whip in social development along with inaccessibility of indispensable services such as education and healthcare which buttress economic growth.

The 10percent of richest holds around 77 percent of wealth while the poorest 60pc holds 4.7pc of wealth. This makes India among the nations having the highest income disparity.

The existence of “Golden Bird” relies upon fixing these issues.

Liked by Neelendra Nath and 9 others